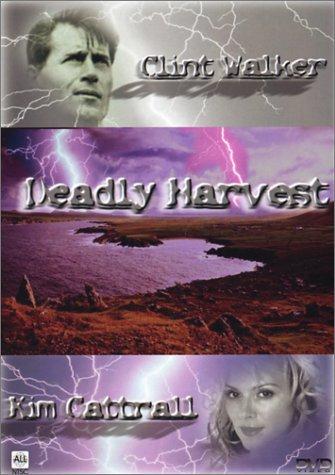 I heard about this movie through a Folk Horror group I’m part of. As that’s a genre I’m fond of, I added it to my watch list and was expecting something other than what I got. I can’t quite call it a horror film, so it only sort of qualifies for my 31 movies, but I’m counting it anyway.

Deadly Harvest is ominously presentient for a 1977 film. The movie depicts a time when dramatic climate change–albeit global cooling in this case–and pollution have crippled the environment. Food is scarce and conditions are getting worse. The government knows that the world is headed towards oblivion with nothing to stop it, but continues a charade to keep the population unaware and under control. But as food shortages grow more common and the government can’t meet the demands of the people, city dwellers begin to prey upon the countryside, raiding farms for the little food found there. The country folk don’t take kindly to this and tensions eventually explode into bloodshed.

The film centers mostly around the Franklin family, and their efforts to keep their family safe as things get worse. One son, Michael, demands more proactive measures and joins  the local police/militia, putting him at odds with his father, Grant, urges for restraint. However, even Grant’s patience and patriarchal wisdom get challenged when a good deed is punished and the family suffers losses. A young Kim Cattrall plays the role of Susie, the oldest Franklin daughter, whose wedding day becomes the catalyst for Grant’s violent change of mind.

Deadly Harvest is one of the many movies centered on environmental collapse produced during the 1970s. It’s almost as if scientists at that time had been pointing out the dangers of unrestrained industry and population explosion, and their potential for gravely impacting conditions on the planet. The films were intended to scare us straight and they were bound to work, right? Surely only a race of idiots would ignore scientific data and warnings for 50 years and doom themselves.

Deadly Harvest, despite not being a true horror film, still gets two skulls out of four for its attempt to drive some sense into us.